a miami based studio / exhibition space

Bridge Red Studios is an artists' complex in North Miami. Bridge Red consists of 10 working artist studios and an exhibition / project space that is run by sculptor and painter Robert Thiele and his daughter, painter Kristen Thiele. Recently, Bridge Red Studios/Project Space was the recipient of a Knight Challenge Grant to further the mission to exhibit, document, and expose the art work of strong and developed artists who do not get the exposure their work merits. Works shown include paintings, drawings, photography, collage, installation, clay art, sound, video, sculpture, and performance. The artists who currently hold studios at Bridge Red are William Cordova, Yanira Collado, Kristen Thiele, Robert Thiele, Stephan Tugrul, Carol K. Brown, Luisa Basnuevo, and Lou Anne Colodny. Colodny, who was the first director the MOCA and it's former incarnation, the Center of Contemporary Art (COCA), has converted her studio into an exhibition space located below Bridge Red's Project Space, called Under the Bridge. Both exhibition spaces hold openings on the same Sunday evenings and closing brunches on the same Sunday afternoons. Both are open in between these events by appointment. Bridge Red is located just east of the Museum of Contemporary Art (MOCA NOMI) and west of Biscayne Boulevard, off of 125th street. 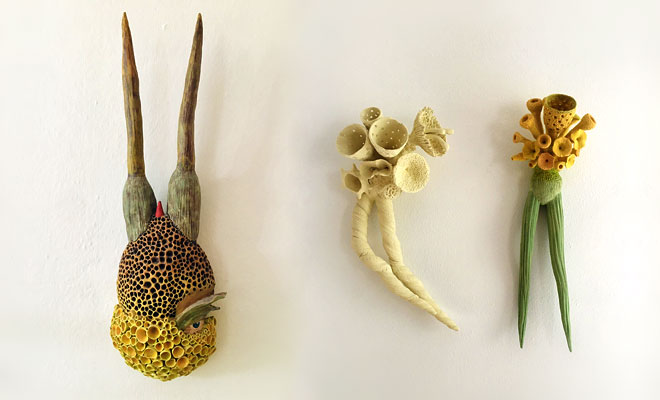 Due to the Corona Virus Outbreak, CLAY will re-open in the Fall.
Please check back for news and stay safe! 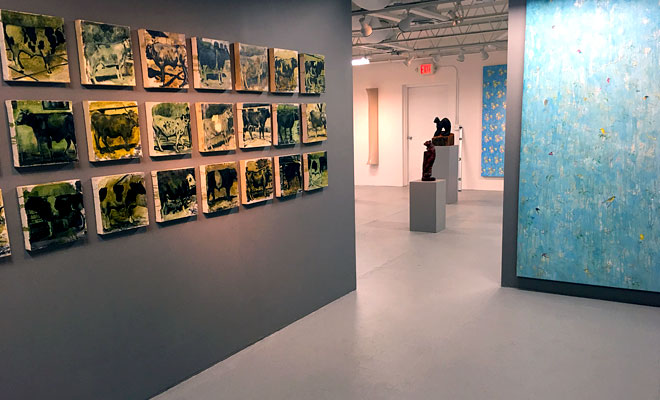 This website was made possible by the John S. and James L. Knight Foundation, through the Knight Arts Challenge.
© Bridge Red Studios | sitemap | site by blukid [v3.1]